We’ve collected a quantum of beautiful rhymes and quotes on sailing and those inspired by the sea and seafaring.

The brave images of the Age of Sail (and pirates) haunt a boy’s fantasy, and when the boy grows, the same old story happens again and again.

I dare to say, no poet in history, feeling poetry in the heart, has ever missed out on mentioning the sea, seafaring, or sailing in his or her works. 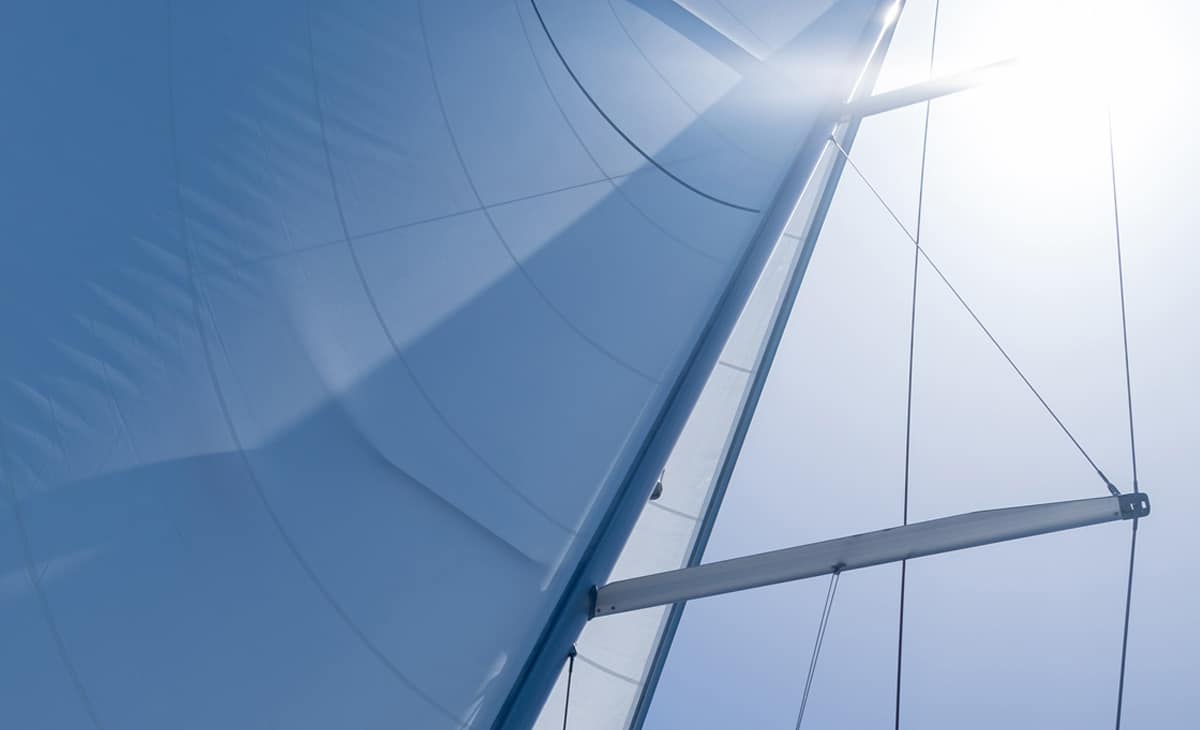 Philosophers often use sailing metaphors to express what they wish to express in their motivational quotes. Even though not every author was really into sailing, surely everyone got a small portion of a sailing fever. Mark Twain, however, was a real sailor, as real as only one can be once serving on a river.

Mark Twain is the pen-name of Samuel Langhorne Clemens, and it translates into “mark two” (where “twain” is an ancient way of saying “two”). Before becoming a famous writer Mark Twain served on a riverboat in Mississippi, and they used a rope with marks on it and a weight on the bitter end to measure depth.

Such rope is called a “depth-sounding line.” It is present on the pleasure boats nowadays in some jurisdictions as an emergency device to measure depth. The second mark, mark two, meant 12 feet of depth, safe to pass.

Grace Hopper was messing with Mark I computers during the pioneering era of computer science, and she recorded many inventions in high-level programming and compilation.

One of the private transatlantic submarine communication cables, owned by Google, connecting the internet between Spain and America, is named after Grace Hopper. 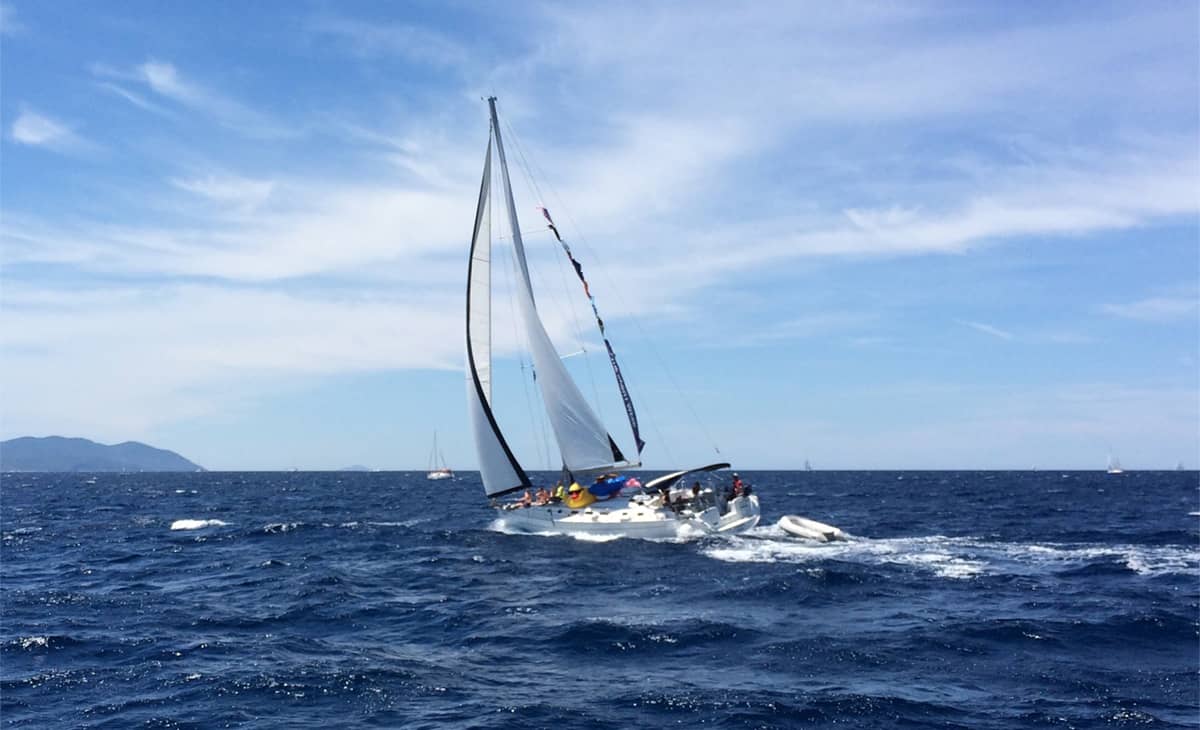 Yet it is hard to draw a line between motivational and inspirational sailing quotes, but we are making a try. We cut them into a separate section, thinking: “motivation” is a general motivation, serving as a metaphor for an occasion unnecessarily related to the sailing affairs, but “inspirational” is to inspire for sailing, which is the very purpose of this website.

Sir Francis Drake was in command when the English Navy crushed the infamous Invincible Armada of Spain while the attempt to conquer England in 1588. Drake sunk 87 out of the 130 ships in one sitting, also using fire-ships, night attacks, and the advantages of the weather.

A year before, Drake sunk other 39 Spanish vessels during the Cadiz raid he conducted. The Spanish called him ‘El Draque,’ which is a direct translation of “the drake” (male duck) as a word into Spanish. 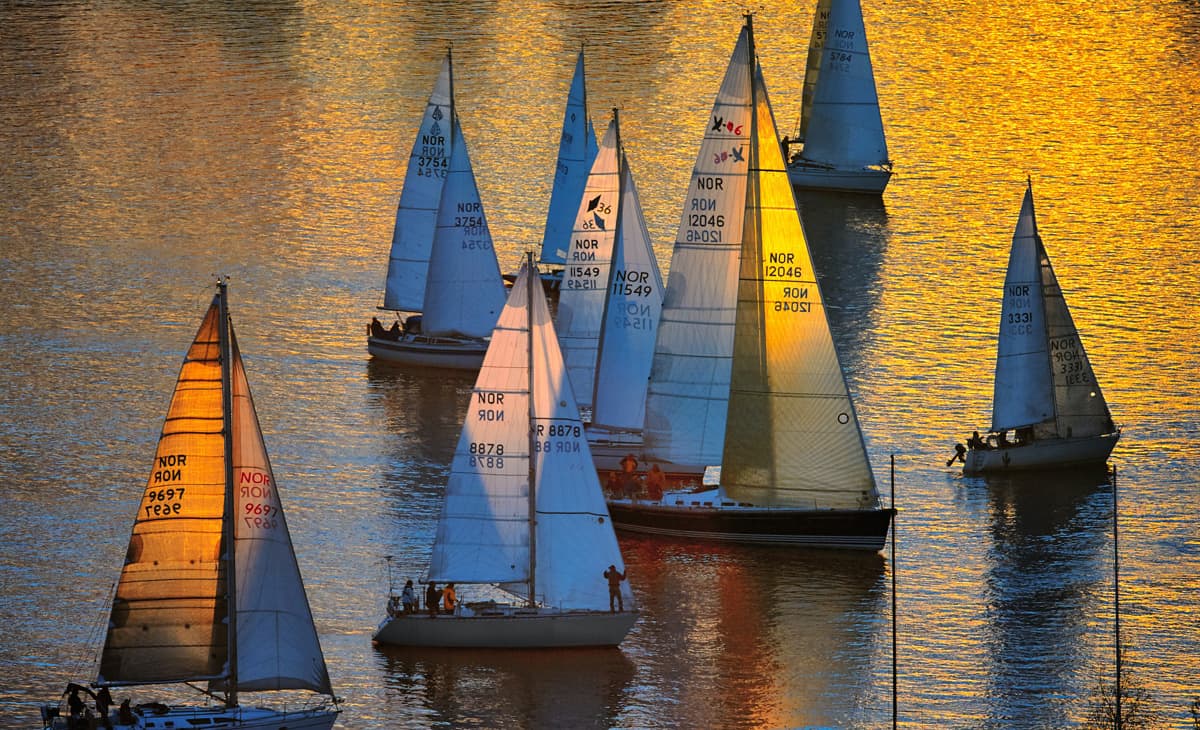 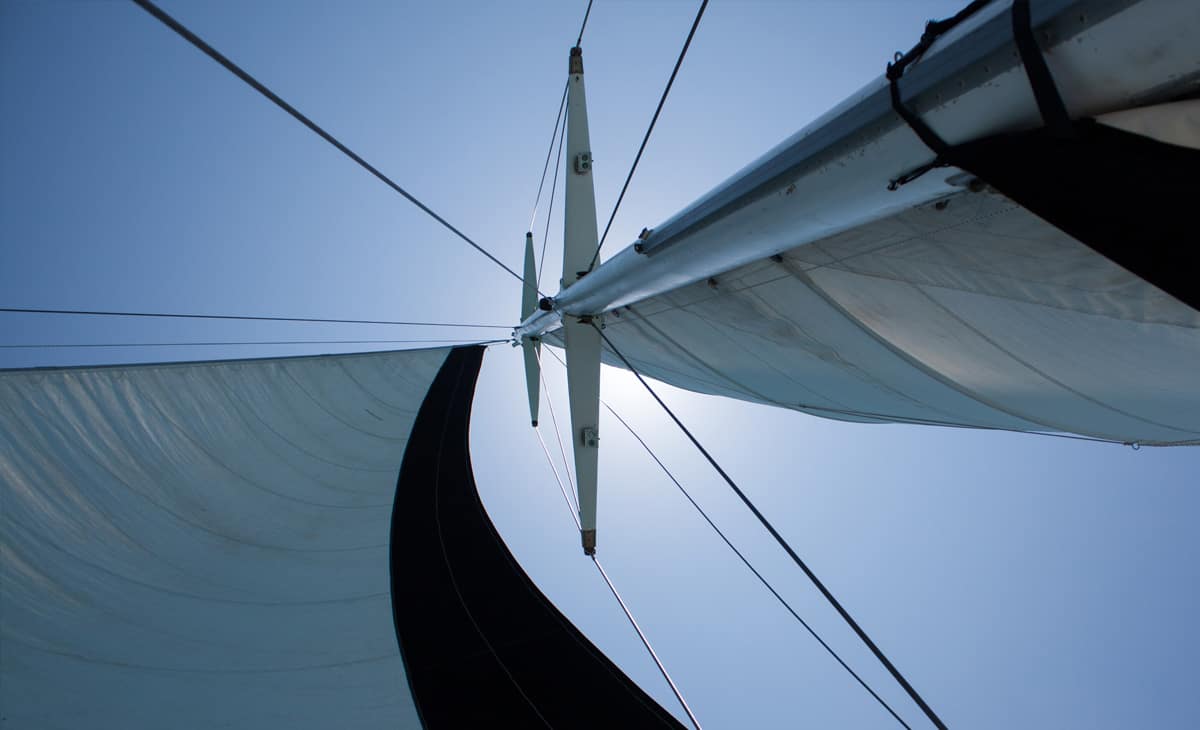 We would never make this post comprehensive without a separate set of romantic sailing quotes. It is something bigger than the wind and waves that attract people to rush into the sea – as it once was stressed in the following Ferdinand Magellan’s quote. 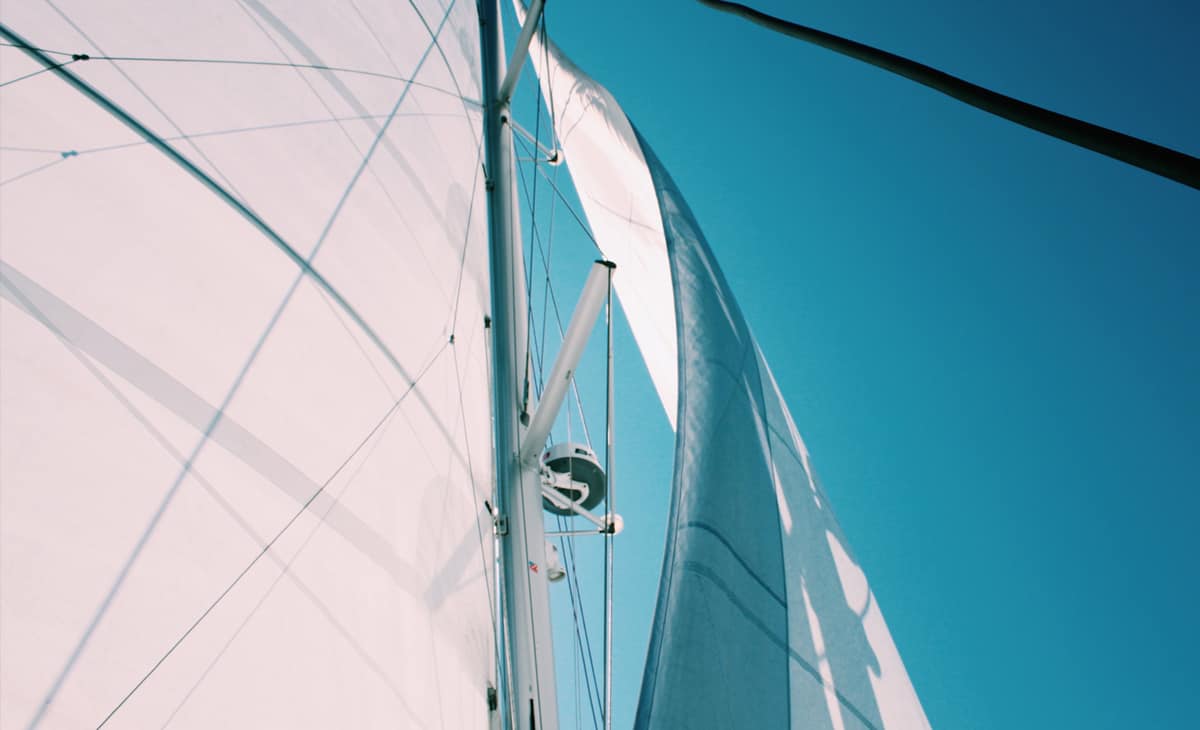 Sailors’ Quotes About the Sea

The English naval tradition for all hands being constantly drunk, so to say, served well for 400 years and was canceled only in the 1970s when complicated mechanisms and weapons appeared, requiring sober attention.

His name was Admiral Edward Vernon, known by his nickname Old Grog as he was keen to wear grogram jackets. Vernon suggested two portions of Grog per day for every soul on a ship (a whole mug, not a shot). The drink was a mixture of water and rum, based on the Pirates of the Caribbean’s favorite drink – bumbo! The latter included water, rum, lime, sugar, and nutmeg. 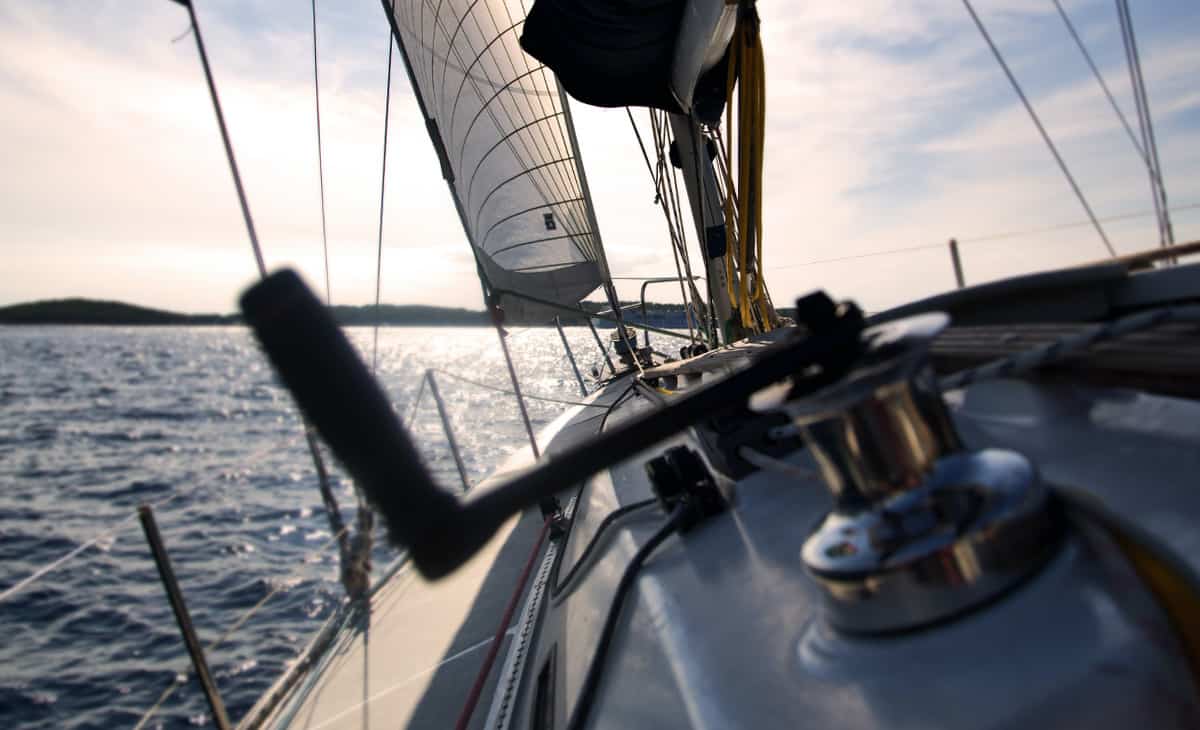 Bartholomew Roberts, also known as “Black Bart,” is considered the most successful pirate of the Golden Age of Piracy among “known pirates,” as soon as some pirates are wiped out of the historical record.

Black Bart took more than 420 prizes (captured ships) which is a great number. He died in battle at the age of 39 against federal forces, who intentionally were hunting especially for him.

He is also famous for establishing the proverbial Pirate Code.

During the battle of Copenhagen, on the 2nd of April 1801, Admiral Horatio Nelson disobeyed the direct order of his superior Admiral Hyde-Parker to retreat, went on doing what he was doing, and eventually won the engagement. The battle was supposed to be lost, but Nelson won it.

It is witnessed that Nelson said this phrase as an excuse to a first-mate officer, where the full quote was, “I have only one eye, I have the right to be blind sometimes,” then he looked through the glass with the blind eye, and added, “I really do not see the signal.”

The virtual for-fun organization CANOE, the Committee to Ascribe a Naval Origin to Everything, supports the idea that the idiom “to turn a blind eye” originates from this Nelson’s incident.

Often quoted: “I see no ships”, the same meaning.